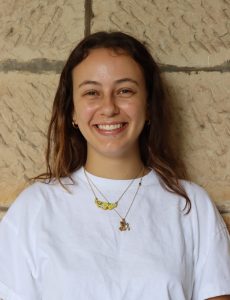 On Friday 12 November 2021, the Mikolot Public Speaking Competition came to an end, with Lara Fosbery competing in the National Finals.

There were three rounds of Mikolot, spanning throughout 2021.

The first was an internal Emanuel School round, where students discussed the relationship between social media and anti-Semitism.

The second round was the NSW state competition, held at Moriah College. Here Lara Fosbery as well as Jake Newfield, Maayan Granot and Ruby Hurwitz competed. The students delivered both impromptu and prepared speeches, focussing on the role of education in Judaism.

Lara then progressed to the National Finals of Mikolot. She delivered a speech discussing the importance of caring for land, what the significance of land is to Israel, and the importance of saving our environment.

We are very proud of all our Emanuel students involved. They delivered powerful speeches and spoke eloquently.

​​“I still believe that to be Jewish today means what it meant yesterday and a thousand years ago. It means for the Jew in me to seek fulfilment both as a Jew and as a human being. For a Jew, Judaism and humanity must go together… A Jew must be sensitive to the pain of all human beings… The mission of the Jewish people has never been to make the world more Jewish, but to make it more human” – Eli Wiesel, 1992 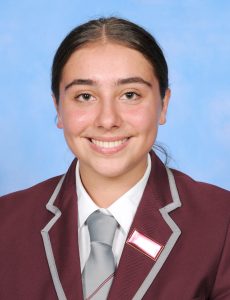 What is it to be Jewish? What does it mean now, what did it mean a thousand years ago, and what will it mean tomorrow and into the future? Though these questions feel loaded, and four minutes is not much time with which to answer them, I’ll use my speech today to discuss aspects of Judaism that I believe to be critical and enduring; care for the land, connection to Israel, and a sense of community.

Despite the constantly changing and turbulent nature of Jewish history, connection to the land of Israel has been a consistently central element of Judaism for as long as Jews have existed, and so my first thought when considering an organisation was the JNF. The JNF was ever-present in the background of my childhood, from the blue boxes at every school Shabbat to the time that I so proudly sang Ma Nishtana at a JNF seder, and looking at the JNF’s mission I see clearly both Jewish past and future. To be Jewish is to care for the land and to connect to Israel, and a fusion of the two is exemplified in JNF’s ongoing tree planting mission, which has resulted in the planting of over 250 million trees.

From biblical Jewish connections to the land of Israel, to Moses Hess’ description of Labour Zionism’s potential to agrarianise the Jewish people and A.D. Gordon’s belief that tefillah could be performed through labouring the land, and that in Nature’s mirror we would see our own image, to the hundreds of millions of trees planted by JNF and funded by the diaspora, to new innovative plans to green the Negev, connection to the land and environmentalism are significant parts of Judaism both today, and as Eli Wiesel says, ‘yesterday and a thousand years ago’.

Caring for the environment is a central tenet of Judaism, with concepts like ba’al tashchit and tza’ar ba’alei hayyim advocating protection for the environment and for animals, festivals like Tu B’Shvat and even the kashrut laws all contributing to a general sense that Judaism values all aspects of the environment, and that the physical land, as well as the geographic location of Israel, is sacred. Baruch Spinoza believed that everything on this Earth is made of God’s essence, and therefore we must take care of it. As a passionate environmentalist myself, I can appreciate the work JNF is doing in replenishing Israel’s natural resources and inspiring care for the Israeli environment in Jews across the diaspora and I think the consistent emphasis placed on caring for the environment is a significant part of what makes Judaism a religion whose lessons remain relevant, despite most aspects of ancient history fading into obscurity.

Caring for the environment is a uniquely human activity, as we have increased agency and ability to protect the earth. So how does Judaism encourage us to be human, particularly in the High Holy Day period we’re in now? What do the themes of Rosh Hashana and Yom Kippur tell us about the human tendency to transgress, and the importance of community in finding forgiveness and approaching the New Year? As the saying goes, to err is human, and in acknowledging our failings and wrongdoings from the previous year, we humanise ourselves.

Furthermore, during the Kol Nidre service, as we discuss our sins, we don’t take sole responsibility for them, instead we ask for forgiveness collectively, as we say, we have gone astray, we have sinned, we have transgressed – chantanu, avinu, pashanu. The word ‘we’ is used a further 26 times in just this section, reminding us that we take collective responsibility for each other’s transgressions, and thus humanising each member of the community to one another.

But more than that, our transgressions aren’t limited to intracommunal offences. When we apologise for our shortcomings during the year, we don’t just apologise for our wrongdoings against other Jews, we apologise for what we’ve done to any human – we must, as Eli Weisel says, ‘be sensitive to the pain of all human beings’. Because despite the jokes we frequently make about being a tight-knit, insular community, Jews don’t just exist to uplift each other, but rather for the betterment of the world, to find fulfilment as Jews and as people. I’ve always been proud of the way that Jews don’t proselytise, though I’ve never given it a huge amount of thought. But on reflection, it feels that being content with those in the community while still caring for those outside of it, is a humanistic motif that recurs throughout Jewish texts and theory – in the well-known and oft-quoted line, “thou shalt love thy neighbour as thyself”, neighbour does not just refer to Jews, but to non-Jews as well, and the concept of pikuach nefesh – the ability of a Jew to override other laws in order to save a life, applies indiscriminately to Jews and non-Jews. The themes of Rosh Hashana and Yom Kippur, of self-betterment and repentance, are innately human, as we confront our own flaws and make amends within and beyond the community in preparation for the New Year.

What is it to be Jewish? To me, to the JNF and to all the Jews around the world who drop spare change into their blue boxes, it’s about not only connecting to the land of Israel, but also caring for it, nurturing it and protecting it. It’s about acknowledging our own flaws and transgressions, and asking for forgiveness from God, from our fellow Jews, and from non-Jews in our communities. As we move further into the 21st century, our efforts to ask for forgiveness should be extended to our natural world, as we have spent too long neglecting this integral aspect of our community. Integrating care for the environment can enable more fulfilling Jewish personal identities, and more rewarding interactions with humanity as a whole. To be a Jew is to care for all, for the land and for humanity.