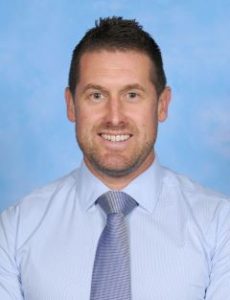 This year the Emanuel Rugby Program had its largest intake of students, with teams across the junior, intermediate and opens division. The winter season program included weekly training sessions and competition matches, throughout Terms 2 and 3.

A special mention to Ben Rozen who progressed through the pathway and was selected in the 1st XV AICES Rugby Team. As part of this team, Ben went on to play at the NSW Schools Rugby Championships against Country NSW 1st XV. 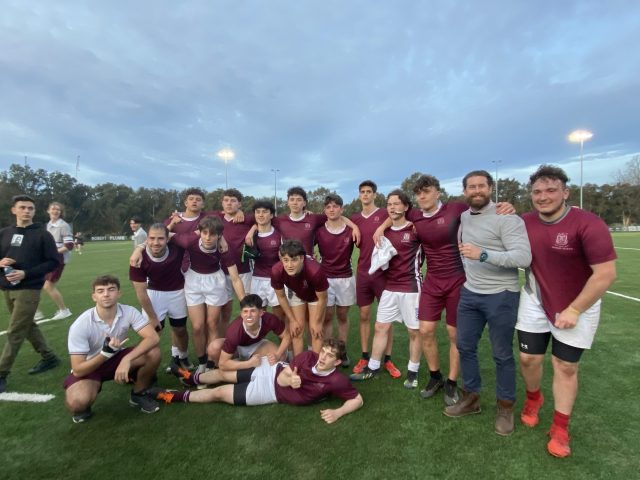 The Emanuel junior rugby team worked on their skills throughout the season and enjoyed winning matches against Moriah and St Andrews. The team had the unique opportunity to combine forces with Kesser Torah on several occasions to play against other teams, and enjoyed the experience of playing with students from another school and forming new relationships amongst the Jewish rugby community. I am confident that these junior players will continue to develop as a team in the years ahead.

The Emanuel Intermediate Rugby team were victorious in both matches played against Kesser Torah College and were unlucky to lose their first encounter against Moriah. Learning from this first meet, Emanuel went on to win their second match against Moriah, displaying the skills that they had developed over the course of the season in spectacular fashion, scoring five tries to one. Congratulations goes to the intermediate squad who were awarded the joint David Horwitz Premiership Cup holders with Moriah for 2022.

The Emanuel Opens Rugby Team played the first round of the David Horwitz Cup against Moriah. It was a hard-fought match with Emanuel scoring the first two tries initially through their back line players, Jonah Trope and Mahley Rosen-Tal, off the back off some excellent go forward from Ben Rozen, Luca Moses, Justin Faul and Gavin Robinson. Moriah replied with two consecutive tries late in the first half to make the score 12-12 at half-time. Emanuel struck first after half-time with a blindside play off the scum on the halfway from Sam Milner, who scooted down the sideline and side stepped the cover defence to score under the posts. Unfortunately Moriah were able to successfully control possession of the ball and territory for a large majority of the game and made the most of their opportunities, scoring three unanswered tries to win the match 29-19.

Emanuel and Moriah 1st XV met again in the Jewish Day Schools Cup at Easts Rugby Home ground, Andrew Petrie Oval, on Thursday 8 September 2022. This game was much like the first match with every possession, ruck and maul fiercely contested and points were hard to come by initially as both teams defended like their lives depended on it. Moriah was first to score, however Emanuel fought their way back into the game with Jonah Trope stepping, weaving and fending to score under the points. Unfortunately, Emanuel were unable to make the most of their try scoring opportunities and Moriah took their chances and were able to find a way over the line, winning the match 17-7.

It was a great afternoon of rugby, with both teams displaying their skills, and it was pleasing to see so many supporters from both schools making the match a memorable experience for the students and the community. The JDS Cup is always a special event on the calendar, and we look forward to hopefully bringing home the trophy in 2023.