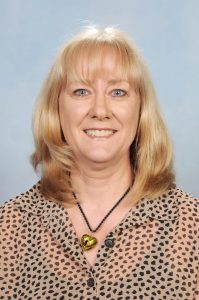 A great loss to the School, Jewish and wider communities

Brian Sherman AM, a dedicated member of the Founding Emanuel School Board and long-time supporter of the School sadly passed away on Sunday. Brian’s ongoing guidance and commitment to Emanuel helped shape its future, from a tiny school in 1983 with 53 students to the thriving school we have today. Brian and Gene were actively engaged Emanuel parents – their daughter Ondine graduated from the School in 1990 – and later proud Emanuel grandparents of Cy, Zach and Milo, who are current Emanuel students.

The Sherman Family has continued to show their love and support for the School in many ways. The Sherman Art Precinct was officially opened on 23 August 2015. Since then, countless Visual Arts and Digital Media students have sculpted, painted, printed, drawn, photographed, filmed, curated, imagined, critiqued and discussed their way into the fascinating and boundless world of Art. The Emanuel School community has a deep and authentic connection with the creative arts, its traditions and future. This connection has been enabled and enriched by the spaces, facilities and great potential that the Sherman Art Precinct has offered us each day.

Brian epitomised the values on which the School is built and which are clearly visible on the stairway leading up to the Sherman Art Precinct. Through his many and varied contributions to the world, he actively demonstrated the importance of community, justice, generosity, compassion and responsibility – our School values.

Brian was a true דוגמה אישית Dugma Ishit (role model) and his legacy will continue to be celebrated for generations to come. We wish Gene, Emile, Caroline, Ondine, Dror and family long life.

May his memory be for a blessing now and for always.
יהי זכרו ברוך מעתה ועד עולם

In light of a recent increase in reporting of anti-semitic and religious discrimination at a number of different Sydney high schools, the NSW Jewish Board of Deputies has launched a new online portal for Jewish students and families across NSW to report incidents of anti-semitic bullying. To report an incident, go to www.nswjbd.org/bullying.

This morning over 450 grandparents shared a wonderful and much-anticipated morning with their grandchildren, celebrating Shabbat and Rosh Hashanah, followed by hands-on activities in the Primary classrooms. This is the first time we have held Primary Grandparent Day since 2019 due to COVID. It was wonderful to see the two generations praying and singing together. This event is a massive undertaking and I thank Tany Milner, Adam Carpenter, Hagit Bar-On, Stacey Rosenfeld, the Jewish Life department, Primary teachers, Maintenance team, Gena Yeomans, Michelle Favero, Belinda Levin and Sonia Newell for bringing our grandparents together for such a memorable morning.

Fiddler’s Journey to the Big Screen

The Emanuel School Foundation invites you to a special screening of Fiddler’s Journey to the Big Screen at the Jewish International Film Festival.

“The best part of a documentary like Fiddler’s Journey to the Big Screen is how it peeks into the thinking of those rare people who can piece together the impossible movie jigsaw puzzle, in order to show us our world, our community, our families, and ourselves.” Nell Minow, movie critic

This promises to be a real treat and an opportunity to enjoy a night out with the Emanuel community.  Bookings are now open – click here.

“Brian’s (Sherman) involvement in animal rights was ahead of its time and he brought a contemporary view to the way the Australia Museum managed animal specimens.” ~ Professor Tim Flannery

Next Article What motivates us