From the Acting Head of Jewish Life

From the Acting Head of Jewish Life 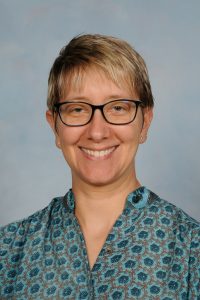 Parashat Masei, meaning ‘Journeys (of)’, lists every stage of the 40-year journey the Bnei Yisrael, the Jewish People, took as they plodded their way round and round the desert until they finally arrive at the doorstep of their promised land, just on the other side of the Jordan River. Here, they are poised to realise a dream of hundreds of years…

The Parasha then turns our attention to the future; describing very specific borders that are to make up their new land and proclaiming that the land will be divided up according to the tribes by specifically chosen tribal leaders, who would apportion land for each family within the tribe by casting lots.

However, the tribe of Levi or the “Levi’im” would not receive land for inheritance; or agriculture, as they would work only in the service of God, for the people, maintaining and running the Beit Hamikdash, the Holy Temple. Instead, the Levi’im were to receive precisely measured blocks of land on which to build cities and towns. There would be 42 towns but only six cities. These were not to be regular cities; these six were to be עָרֵי מִקְלָט, Arei Miklat, Cities of Refuge:

At this juncture, the Torah lays down a remarkable requirement of this soon-to-be new Jewish homeland:

God spoke further to Moses: Speak to the Israelite people and say to them: When you cross the Jordan into the land of Canaan, you shall provide yourselves with places to serve you as cities of refuge to which a man who has slain a person unintentionally may flee. The cities shall serve you as a refuge from the blood avenger, so that the killer may not die unless he has stood trial in court. The towns that you thus assign shall be six cities of refuge in all. These six cities shall serve the Israelites and the resident aliens among them for refuge, so that any man who slays a person unintentionally may flee there.
(Bamidbar Chapter 35, verses 9-14)

Though these were similar to the “asyla” – singular “asylum” – places of sanctuary where slaves, debtors and criminals could run to for protection in Ancient Greece, Rome and even Ancient Hawaii, there are some important differences in the Jewish cities of asylum.

In the new Jewish homeland, the Ir Miklat would be a place of refuge only for accidental murderers – what we would call manslaughter today – no other criminal or slave would have the permission to find sanctuary here and be safe from reprisal or reprimand.

A deep understanding of the human condition is expressed here in this unusual mitzvah.

Firstly, we can only try to imagine the tremendous guilt felt by someone who had some accidental responsibility in another person’s death. Few would understand the inner turmoil and anguish this would cause better than others who had also caused accidental death; people who would gather together in what today we would call a “support group” – people who could deeply understand one another’s trauma, listen without judgement and thus be part of their healing.

Secondly, the Torah recognises the deep, blind, wild rage that could cause a person to be driven to avenge the blood of a loved one, even when the person responsible had no intent to cause death. Such blood vengeance, though illegal in most countries is still practiced in some cultures today. By creating these places of asylum and ensuring the manslaughterer does not leave until either they have faced trial or until the death of the presiding Kohen Gadol, High Priest, it helps maintain justice in society and enables the avenger to slowly come to terms with their grief and lose that intense anger and desire for retribution and revenge, which would have turned them into murderers as well; and the bloody cycle of revenge would continue.

Yet, the Arei Miklat were not just random places to hide – they were cities whose residents, the Levi’im and Kohanim were those living deeply spiritual lives, focused on right action and living in service of God and the people. This place of sanctuary could also be a place of coming to terms with their actions and a consideration of how they could improve their lives; refocusing their attentions to right action and a life of service.

Previous Article From the Acting Principal
Next Article Primary News