Thank you to all those that contributed to our questionnaire regarding our most recent podcast. The podcast is about Beatie Deutsch, a religious Jewish woman and a marathon runner, who could not compete in the Olympic Games this year because the marathon was on Shabbat. You can access the podcast and questionnaire here.

Do you think that the Olympic Committee should have changed the day of the marathon in order to allow Beatie Deutsch to participate in the Olympics?

Below are some of the responses: 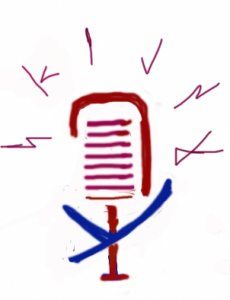 “I personally think that the Olympic Committee should not change the date of the race as it is only one person that cannot attend. Beatie Deutsch. There is always the next Olympics and other races. When you are religious you have to make many sacrifices, and you need to be prepared to not being able to do certain things. However, seeing as through the Olympic Committee did take into consideration Ramadan, I think that Beatie Deutsch could let the Olympic Committee know about Judaism and the shabbat culture/rules and she could make the suggestion that next Olympics they try and make sure that the races that include religious people do not race on a Saturday or Friday night.”

“I think that the date should have been changed to accommodate Beatie Deutsch because she is being discriminated against for her religious practices. Concessions have been made for others and should be for her also, even if she is just one person.”

“Traditionally the Marathon is the last event in the Olympics, being its iconic symbol. If you watched the Closing Ceremony you would have noticed that the medals ceremony for both the Men’s and Women’s Marathon took place at the ceremony itself. Therefore, the day/date of the Marathon is pretty much pre-determined, and the Olympic Committee could be justified in not accommodating Beatie Deutsch’s request. However, in this Olympics, the women’s marathon was on Saturday, Shabbat, and the men’s was on Sunday, the last day of the competition and the day of the Closing Ceremony. The committee would have been wise to swap the two. Not only would that have shown religious consideration (towards Beaite Deutsch in this case), but it would have also made a statement for gender equality by finishing with the women’s event instead of with the men’s. It is important that the Olympic Games maintain tradition, but some things can and should evolve with the times.”

“Because she is being discriminated against for her religious practices and concessions have been made for others and should be for her also, even if she is just one person.”

“I think that they can and can’t as it’s not really fair for the whole Olympics to change for one person because everyone also has plans and stuff to do. But they can also change it in advance so that Beatie can participate and then if you do it on a Sunday everyone can participate, and it can be fair”

“I think that the Olympics should not change the date just for Beatie Deutsch, as it is not fair on the other participants. There will always be a clash with something every day and the marathon would never happen”.