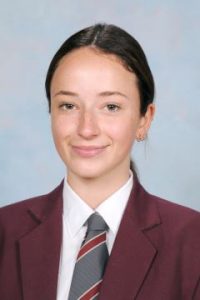 This week’s parashah, Mishpatim, includes laws that the Lord told Moshe, to give to the Israelites. These laws can be said to be split into three categories, laws regarding slaves, personal injury and property.

The law regarding slaves outlines that any who takes in slaves should have them for six years, and on the seventh year, the slave is to go free without any debt. It also states that if the slave brings a wife or children along with them, they shall all go free. However, if the master provides a wife for the slave and she bares any children, the children along with the woman were still considered the property of the master.

We then read about crimes that were punishable by death. Those who plotted murder were put to death. However, if the death was done by accident, which we call manslaughter, the accused would not be put to death, but would be exiled instead. So far this seems pretty fair, well I mean for this time period!

Also stated in this chapter, is the basic rule for those who caused personal injury – “an eye for an eye”. Regarding property, anyone who owned an animal that killed a person, the animal would be put to death and the owner would not be punished. That seems to be almost exactly like laws we have in place today. However, if the owner knew that their animal had the tendency to attack and it did kill someone, both the animal and owner would be put to death. Now that seems a bit harsh.

Although this parashah may not be as eventful as others, it does reveal some messages that we can relate to our own lives. For the law outlined, there are often numerous effects that harm other people. For example, if you dig a hole deep enough for someone to fall in, and fail to cover it back up, you would be held responsible for all injuries that were caused if someone were to fall in. Our actions have consequences, and maybe not just for us, but for others as well.

What this parashah teaches us is that we must be mindful of our actions. Sometimes in life, we do bad things, knowing there will be repercussions for our actions. We are human, and therefore we make mistakes, but we should try our best to make sure our mistakes don’t hurt other people. Often in life we fail to miss this, that our consequences can have negative effects on other people too.

We should aim to take care in our decisions and assess how the situation may affect not only ourselves, but others, as well.