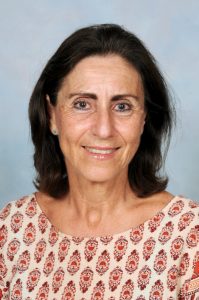 You may have watched Site Unseen on Compass last Sunday – a most insightful documentary, produced by Emanuel past parent, Judy Menczel, about Jewish artist Wendy Sharpe and a major but temporary work she created at the Sydney Jewish Museum just before lockdown last year. If you missed it, catch it now on iView

Music for this documentary was composed by alumnus Sam Weiss (Class of 2012).

Commissioned by Plus61J Media and supported by Multicultural NSW, this series was written and directed by Emanuel alumnus, Sydney filmmaker Benjamin (Ben) Strum (Dux, Class of 2009). It provides a compelling insight into the ordinary and extraordinary ways that Sydney Jewish people have responded to life in lockdown in a series of three documentaries under the banner of ‘Covid Courage: Stories of Sydney Jewry.’ 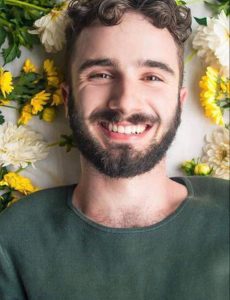 Ben has done a remarkable job of showing how Sydney Jews have grown from this period of loss and uncertainty and he says: “Culture keeps us going during dark times. The stories of George, David, Laya, Rabbi Slavin and Hanna Sandler showcase the gamut of Jewish perseverance in the face of hardship. We weathered multiple COVID shutdowns and positive tests results while making these films. I learned so much from our subjects, whose resilience will continue to inspire me”. Part one, Pandemic Penpal, charts an unlikely friendship between ageing, isolated Holocaust survivor, George, and Barmitzvah-aged student, David, brought together as penpals in the midst of a lockdown.

Part two, Frontline Frum, tells the inspiring story of Orthodox Rabbi Dovid Slavin, who leads a team of volunteers at Our Big Kitchen, preparing thousands of meals each day for Sydney’s homeless and hungry.

Part three, Goddess Vengeance, captures a brave journey of self-discovery by young woman, Hanna, who must confront loneliness and uncertainty wrought by the pandemic.

From Thursday 7 July to Tuesday 26 July, 535 Australians in the Maccabi Australia Team will connect with more than ten thousand Jewish athletes from over 80 countries and compete in the 21st Maccabiah Games in Israel. Some of these athletes are Emanuel alumni and are keen to share their story!

Athletes from all the teams have been tirelessly fundraising to ensure that they can go to the Games. If you would like to support their fundraising endeavours, the raffle organised by Lara Rutstein has over 20+ prizes on offer. Here is the link to check it out! Your support would be much appreciated – it closes on Thursday 19 May 2022.

NSW Maccabi Rugby Club has a strong presence and a place in the hearts of so many in our School community. A number of players from the team will also be heading to Maccabiah in July. Although no longer playing, alumnus Kevin Jankelowitz is Club President, whilst his brother Shaun (Class of 2004) is one of the players along with a number of our more recent graduates including Dylan Herdan, Jake Kurlansky, Elijah Grynberg and Jacob Hodes. Past Emanuel grandfather, David Emanuel, who sadly passed away in February this year was a founding member of the Rugby Club and, as a former Wallaby, he was a sporting and community legend. How apt that he shares his surname with the name of our School! He was also a coach and mentor to many Maccabi Rugby players spanning decades. The team will be playing a memorial game for David Emanuel on Thursday 9 June 2022, versing a St Ives team with all their Jewish players. David presented the team with their Maccabiah jerseys each year, always came to the games, and was just generally an inspiration to the players.

Dave Myers who coaches our School rugby team is a stalwart of the club and was playing up until just a few years ago.

Players from the club have also formed the backbone of Australia’s Maccabiah Games teams with a gold medal win in 2009 and silver in 2013. You can show your support for Jewish Rugby in Australia by getting behind the boys competing at the upcoming Maccabiah Games in Israel. All support is gratefully appreciated and goes a long way in securing a bright future for rugby in Australia. To get involved or for any more details please contact the club by email.

Another school connection to Rugby is current parent David Davis who plays for UNSW but he did join the Maccabi team for a game that was featured in a recent AJN article. His brother George coaches the NSW Maccabi Rugby team and David will join the Australian team for Maccabiah.

David Davis, wife Lianne Zimbler and daughter Drew who is in Kornmehl Seashells. 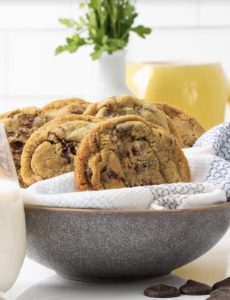 Hope you get the chance to visit the bakery, where you can you purchase some of their yummy treats and also sit at their outdoor tables to enjoy a coffee and a catch up with friends, whilst supporting this social enterprise – 2 Laguna Street Vaucluse.

Order online or just head up there to check out their delicious rugelach, quiches and fresh Challah just to mention a few – all prepared and baked in their Kosher kitchen onsite. You can also buy dough for baking your own choc chip cookies.

We look forward to sharing our news and yours, so if you have photos or news you would like to share with us, please send to snewell@emanuelschool.nsw.edu.au

Shabbat shalom, stay safe and have a great weekend.