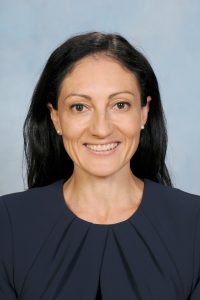 Last week saw the commencement of the Year 3 Swim Program. This program has been moved to Gunyama Aquatic and Recreation Centre, a fantastic new facility in Zetland. The Year 3 students had a wonderful time in the ‘Learn to Swim’ program, where beginners were introduced to the fundamentals and the more experienced swimmers focused on stroke correction and swim fitness. Each week students also engage in a theory component that compliments the practical learning. Thank you to Stuart Taylor for the organisation of this program, the Year 3 students have a great term ahead.

The weekly sport program has had a fantastic start to the year, with a great number of enrolments in the Weekly Sport and EActive programs. It was great to see two Year 5 and Year 6 Emanuel teams playing in the Sunday Easts Basketball League competition for the first time. Well done to all players, who looked great in the new Emanuel Basketball uniform and to the Emanuel 12’s Maroon team who had an impressive win over the Bondi Lions 34-10.

The Year 3/4 Futsal Training Program has made a successful start. These students have started their training program with Emanuel coaching staff Jordan Kery and Aytek Genc and will enter school gala days later in the year. The interest in this program has been pleasing and I look forward to seeing the development of these players throughout the term.

On Monday Emanuel had the privilege of convening the CDSSA Opens Basketball Gala Day. For the first time, this event was run as a seniors only event, providing the opportunity for older more experienced players to play longer and more competitive games in the gala day format. The CDSSA Junior Basketball Gala Day will now be held as a separate event in Term 4.

Thank you to Will McFee (Acting Head of Basketball) for preparing such a successful event for the ten CDSSA schools involved. The Emanuel Firsts and Seconds team competed in the tournament, and were very impressive. The Firsts going down by only one point to SEDA College in the semi-final. The players are clearly seeing the benefits of the rigorous school basketball training program.

Congratulations to Ariel Odes and Ben Shapiro (reserve) who were selected in the CDSSA Opens Boys Basketball Team, who will go on to compete at the upcoming AICES Championships.

Luca Calderon-Havas, Jake Fleischer and Jack Smagarinsky competed at the AICES Opens Tennis Championships last Friday at Cintra Park. It is a very competitive process to be selected to play in this tournament, with over eighty schools involved. These students have been training in the Elite Emanuel Tennis Program under the guidance of tennis coach Mateusz Rabenda and are all very committed to improving their game. Congratulations to Jake and Jack on a great day of tennis and a special mention to Luca who progressed into the quarter-finals and was selected in the AICES Opens Boys Tennis Team to compete at CIS next week. Good luck!