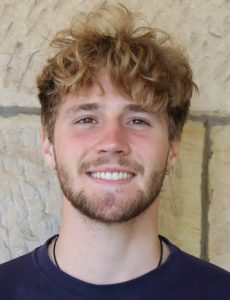 This week’s parasha is Parashat Shlach (The ‘Send’ Portion). I think it’s the parasha where the Jewish people make one of their biggest mistakes. God tells Moses to send out 12 spies into Canaan – one leader from each Tribe – to scout the land and find out what was inside. After 40 days scouting out the land, the 12 spies return and report back to Moses and the rest of the Jewish people what they saw.

Good news first…the spies reported that the land was definitely flowing with milk and honey: it had ripe fruit, fertile land, and beautiful nature. But unfortunately, ten of the spies reported that the existing inhabitants of the land were too powerful for the Israelites to defeat. They told Moses, “the people that dwell in the land are too strong, and the cities are greatly fortified” (Bamidbar 13:29). This created massive doubt and uncertainty amongst the people, with some of them going as far as asking to return to Egypt. “We would rather have died in Egypt than to have come here to this land to be fallen by a sword. Let us go back to Egypt”, (Bamidbar 14:1-3) they pleaded to Moses and Aaron. Now, this is quite crazy! After all that they had been through, after all of the miracles they witnessed on their way out of Egypt, the Israelites now want to turn back? It just doesn’t make sense.

Understandably, this makes God quite angry. God makes the Israelites wander for 40 years in the desert as punishment; one year for each day the spies were exploring the land. The ten spies who said the inhabitants of Canaan were too powerful suddenly died before God, and only Joshua and Caleb, the two spies that believed that the Israelites could conquer the land, would be allowed to enter the Promised Land. So the Israelites then wander off into the desert for a very long 40-year walk. That’s the bulk of the story.

There are two big takeaways from this parasha. The first is that our perception of the things around us shape our reality. This is important. We all interpret and judge the world around us – the objective facts – to then determine our choices, actions, and how we live our lives. This is exactly what the 12 spies did at the end of their 40 days. They looked back at what they had seen, and made subjective judgements on the safety and quality of the Promised Land. What matters most is that no matter what the objective facts around us are, we each hold the power to perceive them whichever way we want. The 12 spies all explored the same land and witnessed the same nephilim/yelidei anak (giants) who already lived there. Ten of them perceived this as an impossible challenge, but Joshua and Caleb chose to perceive a different reality – a reality filled with hope in which the Israelites – with God’s support – could inhabit the land.

Bringing this back into our lives, there are numerous psychology studies that demonstrate a clear correlation between optimism and increased physical health, recovery from injury and subjective well-being. Perceiving your world with gratitude, hope, and compassion (for ourselves and for others) is associated with more resilience, better emotional coping, more social connections, and even lower blood pressure. Our perception shapes our reality, and you can control what world you want to live in.

Another idea which we can find in this parasha is the importance of diversity within our communities. The phenomenon of Groupthink is defined as, “the tendency for decision-making groups to suppress/ discourage disagreeing opinions in the interests of group harmony and consensus”. This is exactly what happens in the parasha. When Joshua and Caleb voiced their different opinions on the land and its inhabitants, they were attacked by the wider community for disagreeing with the majority. Allowing Groupthink to foster is dangerous. It leads to unchallenged, poor-quality decision-making, which can lead to horrible consequences for those not involved in the decision-making process. Homogeneity – when things are identical or the same – is what brings down communities. It can lead to the end of critical thinking about why and how we do things. On the other hand, Diversity – diversity of thought, diversity of beliefs, diversity of behaviour – is what drives communities forward. It’s what keeps us on our toes and ensures that we continue considering other points of view.

Parashat Shlach teaches us that how we choose to perceive our world matters, and that diversity is crucial to maintaining healthy and thriving communities.