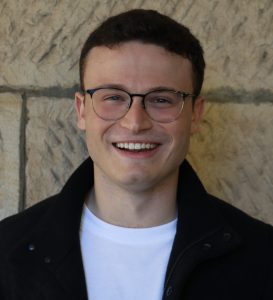 Hey, do you want a bagel?

Of course you do. Bagels are objectively delicious.

But let’s just imagine for a second that you were an insane person and that you didn’t want a bagel. Firstly, I feel bad for you. You’re missing out. But I’m not going to actively punish you for not taking that scrumptious bagel. It is your (poor) choice to make and you lose nothing by refusing the bagel. You’re exactly where you started.

In this week’s parshah, Parashat Re’eh, Moshe tells the Israelites the following:

The rest of the parshah is Moshe giving us a recap of several other rules surrounding sacrifice, kashrut, idol worship, charity, shmita and pilgrimage festivals. But I really want to focus on this first line about blessing or curse.

Seems like a bit of a no-brainer choice, right? God essentially tells us that it’s our choice whether or not to follow Jewish law but that if we don’t, we’ll be cursed and die a probably horrible biblical death. Not exactly a hard choice.

But is it even really a choice? If we’re enticed with rewards for one choice and threatened with death for another, I don’t think there’s a single person who will choose the latter option.

In Midrash Rabbah, Rabbi Levi goes one step further and compares the “choice” to a master offering a servant a gold necklace to obey, or iron chains if they do not (Devarim, 4:2). In other words, enslavement with a necklace or enslavement with chains.

Does this mean that the choice to actively be Jewish and to lead a Jewish life defined by Jewish practices and values is a somewhat hollow one? We’ve been forced into it! Here’s my take. It’s not God who will punish us for choosing to live an immoral, lawless life. I’m sure almost everybody reading this would not expect to contract leprosy for not stringently following every Jewish law.

But, once a person knows the moral path towards a meaningful and fulfilling life, they will inevitably feel the pull towards it even if they choose a different path.

I’ll give you an example. My grandmother was a pack-a-day smoker. Most campfires produced less smog. On longer road-trips, my mother used to lie on the floor of the family sedan (ah, the 70s) so that her head wouldn’t be constantly in a thick cloud. But the more information that my grandmother was exposed to surrounding the risks of smoking and how closely linked with cancer it was, the more she started to take quitting seriously. She still talks about how it was one of the most difficult things she ever did. However, knowing the harm it was causing, she was able to pull herself through that struggle in order to reach the path she knew she truly wanted. The choice was easy, but the process was hard.

Knowing what single-use plastics do to the environment, we don’t like to buy bagels wrapped in glad-wrap even if it means they come in arguably less secure paper bags. The choice is easy, but the process is hard.

To actively reject the moral codes and ways of thought put before us as part of our rich culture is, in effect, to curse oneself. You will be in a worse position than where you were beforehand as you can no longer claim ignorance. You know what is on the other path. And you’ll likely feel guilty or empty for neglecting it. That is what we might interpret the curse to be referring to here. It is the curse of the knowledge of a more fulfilling life.

There’s a saying in Pirkei Avot that, “You are not obligated to complete the work, but neither are you free to desist from it” (2:21) and I think that applies here really neatly. A moral life is set before us. Laws for how to treat our fellow humans, our lives, our children, our animals, and our environment are all made clear.

When our lives present us with the opportunity to do good, to refrain is, in essence, to do the opposite. Not choosing to do is a choice and the net result is the same as to actively reject. So, yes, it is truly a choice. But, even if the process is difficult, it’s a very easy one to make.

So, take the bagel we’ve been offered. We know the curse of a bagel-less existence.

Previous Article From the Acting Principal
Next Article Primary news