This week saw two wonderful evenings that displayed our students’ talents and achievements, with the Night of Song on Tuesday evening and the Writers’ Awards last night.

From the very first performance through to the last, the Night of Song shone with the joy of singing. Each of the 14 individual students performed their items with poise, confidence and great skill, showing courage in standing up in front of an audience and entertaining them. The six choir items were also a great treat for the audience. The students obviously loved performing their songs and engaged and uplifted their audience, who left the MPH humming along to their own song at the end of the evening. A huge thank you and congratulations go to Danny Burley who was the organiser of the evening, having auditioned, coached and accompanied most of the students. The other singing teachers and accompanists, Susan Longney, Adam Majsay and Brendan O’Mahony also deserve great praise and gratitude. 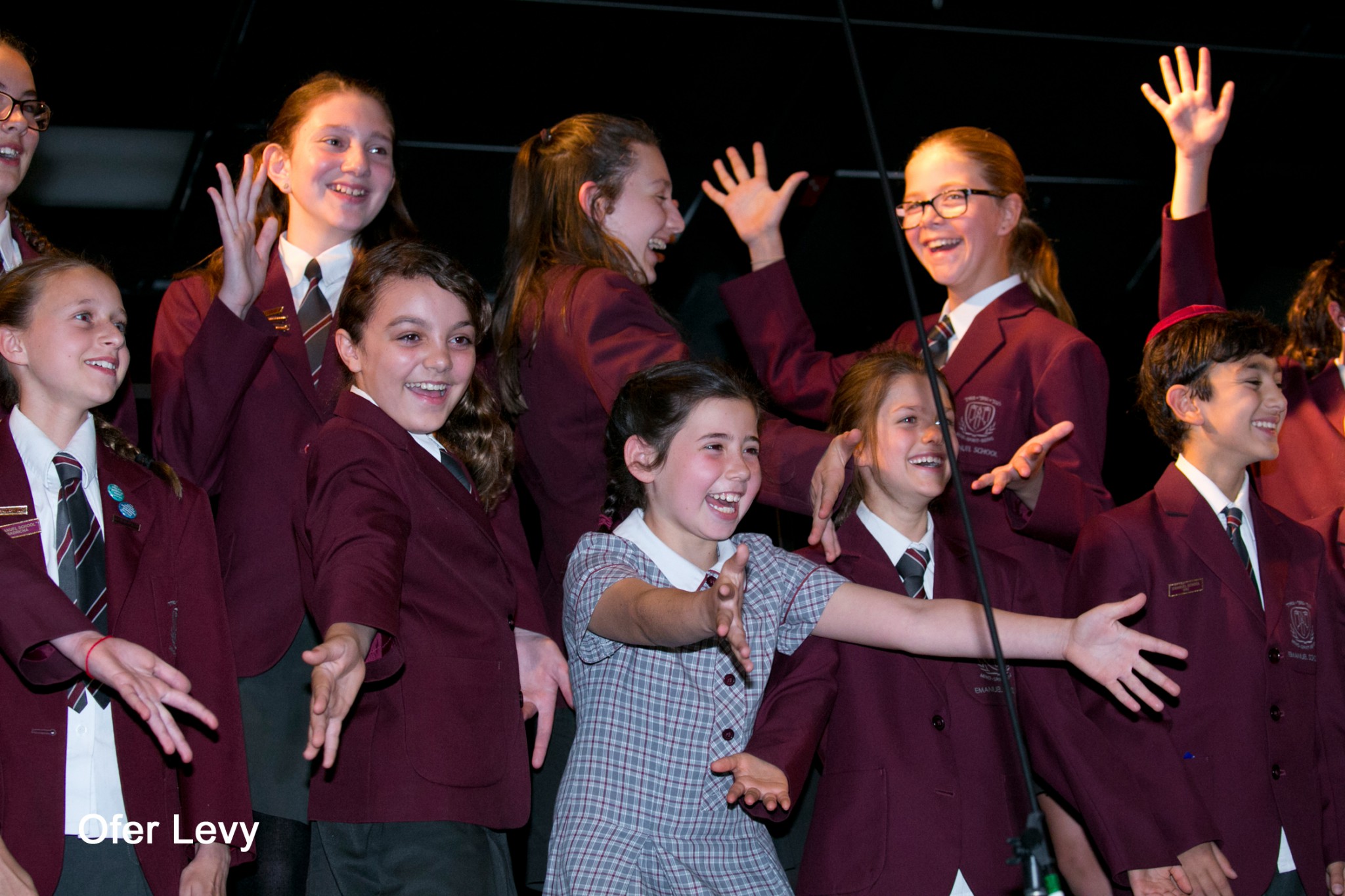 Last night we gathered in the Angles Leadership and Learning Centre to view some of the impressive writing of our Years 7 – 12 students. Entertained by our clarinet trio of Lachlan Corne, Joshua Amoils and Diana Springford, the audience spent some time reading samples of the students’ work before going in to the Millie Phillips Theatre for the award ceremony. As always, the English teachers (David Camp, Michele Frank, Hannah Chedzey, Helen Philp and Kim Woolf) spoke eloquently about the literary journeys of the different year groups and the HSC Extension 2 English students (Gabriel Jammy, Omri Goldberg and Asher Klein) entertained with descriptions of their journey from first draft through to polished major works. Seeing the students’ thinking and creativity with language on paper provided another uplifting experience. Many thanks to our wonderful team of English teachers (including Jo Burden who was on the Jilkminggan excursion at the time of the Awards) for their guidance of the students’ learning this year.

Our class of 2016 has been sitting their HSC examinations over recent weeks. Here is some feedback from their teachers about the papers.

The Extension 1 Mathematics paper was a fair examination. The multiple-choice section had no surprises and tested all content areas. The long-answer section had some difficulties early on, including the exponential growth question and a trigonometry question involving perpendicular lines. However, as the paper progressed the questions became more manageable, with the difficult topics of binomial theorem and projectile motion much easier than previous years. The simple harmonic motion question related to tides and was a throwback to the 2004 HSC, and the Mathematical Induction question factorised nicely for those students who persisted. Overall the exam allowed the stronger students to apply their knowledge to unfamiliar situations.

The Extension 2 Mathematics paper was a challenging paper this year, especially as it occurred from 2 to 5 pm on a Friday afternoon. The multiple choice section contained questions which tested students’ understanding of topics rather than learning particular methods off by heart. The long-answer section contained questions which were evenly distributed over the eight different topics. The first four questions were relatively straight forward and included significant content from the Extension 1 course, which was unlike previous years. The questions were phrased differently, but for students who knew their work well, this should not have been an issue. The final two questions contained some difficult parts and allowed the stronger students to apply their knowledge to unfamiliar situations. The overall feeling of the students as they left the examination room was neutral, with some commenting it was the best paper it could be and others it was the hardest since the James Ruse 2015 Trial paper.

The examiners are definitely challenging students to think outside the square and to not reproduce their learned responses. These are the most challenging questions I have seen but that may be a good thing as our students have been encouraged to think. Hopefully they did that successfully in the time allowed. Both the critical and, more so, the creative response required a number of elements to be considered.

The History Extension HSC Examination paper was well received by the class. All five students felt that it offered them ample opportunity to discuss what they have learnt and use their favourite quotes and historians. They were asked to consider the extent to which ideas about historical evidence have shaped approaches to the writing of history and the challenges faced by historians writing about the crusades, including the challenges posed by their own perspectives and contexts.

The HSC Geography exam was fair and gave the students a chance to show off what they had learned. The essay questions, worth 40% of the paper, were very clear and our students would have been able to write impressive responses. The challenges of living in mega cities, ecosystem processes and impacts on global viticulture were the options on offer. The short-answer section worth 40% was also fair but did expect the students to know every single dot point and content word in the syllabus. A few questions here assessed  lateral thinking as a geographer. The multiple-choice skills section focused on maps and climate graphs of Namibia which was coincidental, as their teacher has close links to that country and visited there in September this year, which actually helped them answer Question 5, “A tourist wants to visit Windhoek during a warm and dry period… when would it be best to visit?” The answer was (c) September-October (when Mr Whitcombe went). Overall, as one Emanuel Year 12 student said, “It was a solid exam”.

On Friday afternoon on 21 October, Year 12 Advanced Mathematics and Extension 1 students wrote the Mathematics HSC examination. Many were nervous as this was the first year that the formula sheet was allowed in this examination and as a result many thought that it would be more difficult. The multiple-choice questions had a number of unusual questions and were geared towards an understanding of the underlining principles rather than simply applying a formula.  Questions 11, 12 and 13 tested an understanding of concepts from the Preliminary and HSC courses. Question 14 contained a ‘finance’ question in the form of a question about insect populations.

In Question 15, the second last question on the paper, students had to use calculus to find the volume of an egg and find the probability of winning a game with an 8-sided die. The integration of topics provided the opportunity for students to extend and apply their understanding.

The final question of the examination asked students to find the rate of growth of yabbies in a dam. This question looked more difficult than it was as from initial face value, the unfamiliar looking function might have worried many students. The paper was definitely designed to test understanding and problem solving skills over rote learning. On the whole it was an interesting and fair examination.

The 2016 General 2 HSC examination provided a clear link to syllabus outcomes. It afforded students the opportunity to demonstrate the levels of achievement outlined in the course performance scale, thereby aligning their performance in the examination to the standards developed for the course.

Despite feeling the usual nerves that accompany any examination, the Year 12 General 2 class of 2016 embraced the challenge head on. The students thought the paper was very fair, commenting that that there wasn’t anything that they were unprepared for. Whilst a few of the multiple-choice questions were tricky and a couple of the theory questions needed to be deconstructed and broken down into more manageable tasks, the content was accessible and fair to all students.

‘Success is simple. Do what’s right, the right way, at the right time.’ [Arnold H. Glasow]

Best wishes for a relaxing weekend.

Next Article From the Head of Jewish Life