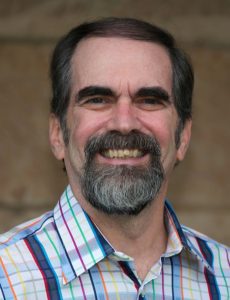 This week’s parashah, Mishpatim, ends with the words “And Moshe was atop the Mountain 40 days and 40 nights”.

Later, in the book of Devarim, Moshe says: “And I stayed atop the mountain 40 days and 40 nights, eating no bread and drinking no water”. Being alone with God, ultimate sustainer of life, Moshe has no need for physical sustenance.

Yet, a few verses earlier in our parshah, we read: “They (the leaders of the Israelites), beheld God, and they ate and drank”.

The Talmud prefers to understand this text as saying that they were nourished by the vision of God. Like Moshe, they were beyond the dimension of the sensory. This vision, as philosophers like Moses Maimonides interpret “seeing” God, is a cognitive rather than a physical perception.

As covenants in the ancient Near East were sealed by meals, one can understandably view this verse as depicting a covenant meal. One’s stomach determined one’s God, as the perceived provider was proffered the prayers. It is not by accident that the biblical root word for prostituting oneself by following other gods, is the same word for sustenance.

The Israelites were often lured by Ba’al, a fertility and storm God. According to Bible scholars, the Golden Calf, which disrupted the Sinaitic Covenant, conjured up the Egyptian Apis Bull, symbolising fecundity and fertility.

One often hears today that the staple of “bread” is the currency of “money” and the “Golden Calf” the idolisation of material wealth. While the Torah states “one cannot live on bread alone”, our Jewish tradition recognises, as well, Maslow’s “hierarchy of needs”.

Normative Judaism, however, does not adhere to the dictum “man’s higher nature rests upon man’s lower nature”. We celebrate and experience the divine with and through food and dance, song and drink. The sensory and the physical is at one with the cognitive and the psychological.

We are atop the mountain when we move beyond composite being to integrated and holistic living.